The International Association of Progressive Montessori was originally founded in London over 50 years ago as a professional association dedicated to training teachers, teacher trainers, and affiliating schools offering Authentic Montessori education.

In 1929, Dr. Maria Montessori founded the Association Montessori Internationale (AMI), to train teachers in the proper implementation of the Montessori Method of education. Teacher training institutes were opened in key locations around the world. After Dr. Montessori’s death, the integrity of her work was commendably maintained by AMI. However, with the rapidly expanding worldwide interest in Montessori, by the 1960s it simply could not keep up with the ever-increasing demand for trained teachers.

Sister Angela Martin Aguilera was an AMI teacher trainer who worked with Mr. E. Mortimer Standing for many years at the London AMI Teacher Training Center when it was housed in the St. Christina’s Convent school. Later, Dr. Montessori’s son Mario Montessori, moved the Center to a building in Central London and sent Mr. Standing to Seattle, WA, USA to establish a new training center. Dr. Claude and Franchesca Claremont, also trainers in London, were sent to Los Angeles, CA, USA to establish another training center there. The London Training Center was then put under the direction of Muriel Dwyer.

Meanwhile, Angela who had attained a very fine reputation as an excellent trainer, was no longer attached to the AMI Center because of the disagreement between her convent and Mario. However, students continued to arrive at Angela’s school requesting to be trained specifically by her. She sent them away at first, but they often returned. Finally, a group of students sat on her doorstep and refused to leave, saying that they had traveled from America to be trained by her and they were not leaving until they received that training, and so an independent training center was born.

In 1962 Angela Martin joined hands with Lady Carmen Bosley to establish the International Association of Progressive Montessorians (IAPM). The purpose of which was to make authentic Montessori training of the highest standard available to people in places where it might not otherwise be available. Angela soon became known affectionately as the “Flying Nun.” She trained teachers in London, Spain, and several places in North and South America, including New York, Seattle, and New Mexico. Being from an aristocratic Spanish family, she had the advantage of growing up with a tutor and spoke fluent Spanish, French, and English.

Ann Balasuriya first met Angela in London in 1973. Having just completed an AMI Teacher Training course in Ceylon (now Sri Lanka) that same year, she had returned home to London to visit her mother. She was interested in seeing the AMI Center in London, the address of which she found in her copy of “The Life and Work of Maria Montessori,” by E.M. Standing.

After ringing the bell on arrival, the door was opened by a pleasant nun. Ann explained who she was and why she was there. Angela invited her in, explained that AMI had moved, and gave Ann the new address. However, they hit it off so well that Ann spent the entire day with Angela. They delighted in discussing their shared deep interest in the philosophical and spiritual aspects of Dr. Montessori’s work, and Ann spent a lot of time with Angela over the next four months while she was in London. Their mutual high regard for the integrity of Dr. Montessori’s work bound them from the very first day they met, and they became lifelong friends.

Having found her mission in life, Angela eventually left the convent to dedicate her life to training teachers and helping open schools around the world. She traveled continuously, taking IAPM Montessori training to many places. She separated the IAPM Training Institute from the school in London and eventually she herself moved to British Columbia, Canada. There she established a non-profit Maria Montessori Academy for children 2 . to 12 years of age (now known as the Angela Martin Montessori Academy) to be used as a laboratory school for her IAPM Teacher Training Institute, which before her death in 1993, was recognized both by the Canadian Department of Education and the USDE through accreditation by MACTE.

Validation of Dr. Montessori’s educational method and the specific training necessary to produce a professional Montessori teacher was most important to Angela Martin. Thus, on February 15th, 1988 she called upon Ann Balasuriya to attend a very important meeting being held in Berkley, California, USA as her representative for IAPM. The purpose of that meeting was to bring together in one room, the top representatives of all the existing Montessori associations that were offering Montessori teacher training. With the goal of getting them to agree to work together to form an umbrella organization which would establish an essential set of standards, to which all training organizations could adhere, and then form an accreditation organization that could be recognized by the U. S. Department of Education.

A noble endeavor, IAPM was very much in favor of this project. Ann Balasuriya, who had been appointed as Angela’s representative for the project, was voted in as the first chairperson of the first ad hoc committee. This committee, also made up of Dr. Feland Meadows and Ellen Goodman of The Pan American Montessori Society; Pamela Christman and Tom Tindle of International Association of Progressive Montessori; and Joy Turner of American Montessori Society took the ACCESS accreditation program from Joy and began work to mold it to meet the needs of USDE and the entire Montessori community.

Many years and many committees later, a final version of the Essential Standards was presented, voted on, and approved. This is a list of the organizations present:

MACTE came into being and was recognized by USDE in 1995. Two of the first presidents have had IAPM Montessori diplomas, Connie Hayden and Tom Tindle. As a founding member of MACTE, IAPM made very substantial contributions of both time and resources, when there was no financial income during the formative years. Ann Balasuriya served on the board and the MACTE commission for eight years after the initial formation, and continued to serve on the board of IAME until the corporation split in a political move she opposed. She regarded the split quite unnecessary, and a sad day after all the years of working to unite the Montessori community.

Since the passing of Angela Martin in 1993, IAPM has been led by Ann Balasuriya and still is today. She is concerned about the quality of the education that is being offered to children in our Montessori schools today more than ever. Is it in fact a Montessori education, or is it Montessori in name only? Ann tells us continually that it is just as important today as when Dr. Montessori was with us to “Keep the focus on the child.” 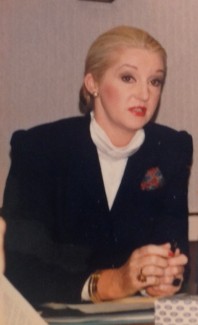 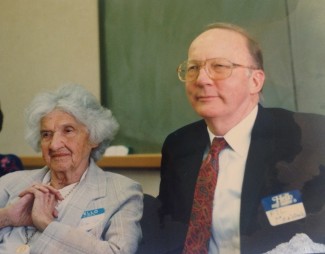