A simple man, an innocent man. An extremely generous man, an exuberant man. A contemplative man, but a very active man. A man who loved life passionately and remained young until the day he died.

He loved the earth, what was hidden in it, what lived and grew on it. He loved the sky, the sun, the clouds, the moon, and the stars. He loved the wind, the storms and the sea. He loved to fight the elements. He loved to ride, to row, and to swim. Always impeccably groomed, he liked good clothes, and as a young man sported spats and hats and fancy waistcoats. He loved giving extravagant presents, never one rose, but at least sixty! He loved to cook. He loved to drink and smoke. He loved pretty girls, music and songs: there was nothing ascetic about him, though he chose to live an ascetic life.

But all the many loves of his life were nothing compared to the great love he had for his mother and her work. An all-encompassing love which dominated his whole existence. His dedication to her was conscious and free choice not a result of mother son attachment. After all he was almost 15 years old when he first knew and went to live with her – too late in life to grow a subconscious Oedipus complex. She had no place in his absorbent mind period. There could have been no question on either side of being unable to sever the umbilical cord. He lived for her, with her, but not through her. The amazing thing about this man who had no real scholastic or academic background, was the clarity of his total understanding of the working of his mother’s mind. His intuitive intelligence and openness of spirit allowed him to keep abreast of her quantum leaps from the first to the nth dimension – even some times arriving just ahead thus allowing her to soar even farther. Nothing she deducted, developed or stated ever surprised him.

Thanks to him, she never suffered the isolation common to genius. Never became static. But he was not just a very bright sounding board for her ideas, he helped her clarify them and give them shape enabling her to continue developing her unique mind to the end. As she grew older he took more and more of her workload on himself. Organizing courses, examining students, lecturing on materials, practical life, etc. he coped with all details and unexpected complications during the training courses. By protecting her from all the practical details, he allowed her to concentrate fully on her creative work. By his understanding, his enthusiasm and belief in the significance of her cosmic vision for the development of mankind, he became a pillar of her work. Even after the death of his mother he continued her fight right up until his death. For the child. The father of man.

So Maria Montessori’s son Mario truly was an exceptional man, not often given credit for the contribution he made to his mother’s work. I was happy to find this account by his daughter and wanted to share it. I had the pleasure of meeting Mario Montessori in Los Angeles while he was attending a banquet in his honor when I was a young women. He was indeed charming and delighted to introduce me to his lovely wife, Ada. Our meeting was an interesting one, seen as he had signed my Teachers Diploma in 1972. 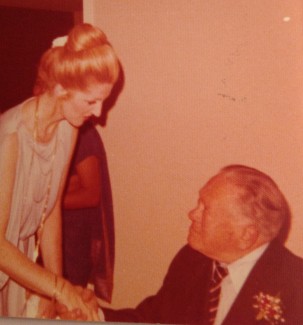 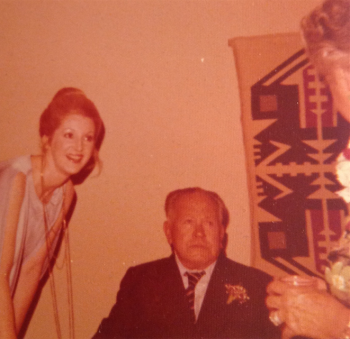